Skip to main navigation
COVID-19 Updates: Click here for the most recent updates and resources related to Coronavirus and the lodging industry.
Close 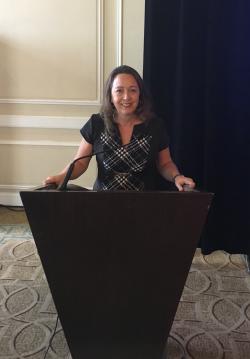 ISHAE provides professional development and networking opportunities for lodging association executives, and represents the unified voice of state lodging associations in collaboration with national industry partners. Flohr has been participating in a leadership role in ISHAE for three years now. Since 2010, CHLA has won seven ISHAE Awards of Excellence, given annually to the best lodging association programs and services and is widely recognized within the hotel and lodging industry.

Flohr joined CHLA in 2003 as a Membership Manager. Through several subsequent promotions from Director of Membership to Director of Meetings & Events, she has risen to her current position of Senior Vice President in 2010. Flohr received a Bachelor’s Degree in Journalism/PR from Chico State and is also a Certified Meeting Professional (CMP) and Certified Association Executive (CAE) as designated by the American Society of Association Executives.

“Congratulations to Jennifer in her new role as the new chair of ISHAE,” stated Lynn Mohrfeld, CAE, President & CEO of the California Hotel & Lodging Association.  “It’s an honor to be able to give back to the industry in this leadership role.”